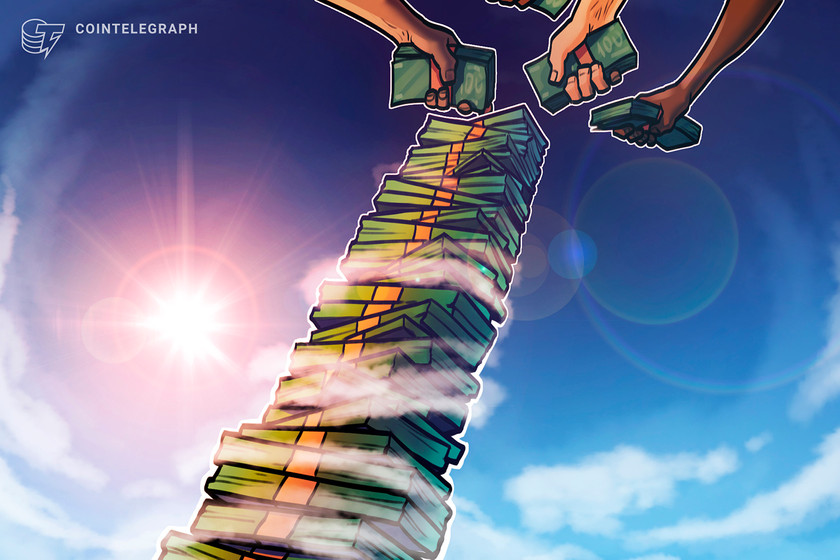 Open-world blockchain game Illuvium managed to keep the average transaction fee for its nonfungible token (NFT) Land at about $20 by holding the Dutch auction on the Illuvium X Layer-2 scaling solution.

The price to mint the NFTs was a fraction of the cost users paid to mint in Yuga Labs’ Otherside sale. Illuvium reports that users spent only $350,000 in fees in total to mint nearly 20,000 plots of Land worth about $72 million, all without any reported network errors.

By contrast, the Otherside sale was plagued with issues. Users paid an average of $6,000 in gas fees and some as high as $14,000. Ethereum became congested as buyers attempted to get their orders filled as quickly as possible.

The 19,969 plots of Land were sold mainly to ILV holders using a Dutch auction format, where the price per unit decreases over time based on how many are sold ahead of it. This allowed potential buyers to wait for a more desirable price range to place an order.

Co-Founder of Illuvium Kieran Warwick said the sale had been designed as an antidote to Ethereum NFT sales that result in wasteful bids that reward miners and cost the buyer.

The 4,018 ETH raised in the sale, valued at about $7.4 million, will be redistributed to holders of Illuvium’s native ILV token. However buyers mostly used ILV tokens to make their purchases. The 239,388 sILV2, a staked version of ILV tokens, will be burned.

It was a fairly impressive effort considering the NFT bear market which has suffered a major decline in volume over the past 30 days. Sales volume topped $137 million on May 6 and has fallen 78% to $31 million as of June 5 according to NFT market tracker CryptoSlam.

Illuvium is a decentralized fantasy RPG of epic scope based on massive battles of creatures called Illuvials.

Illuvium NFT Land plots are a pivotal aspect of the game’s ecosystem. Land generates FUEL, which is used to capture game characters called Illuvials or sold for Ether (ETH). There will also be utility for Land on the upcoming Illuvium Zero game.

The Illuvium Land Sale is officially over!

MASSIVE thank you to all participants and partners that helped make this a historic success ♊️ pic.twitter.com/adMTq6PpKe

Warwick believes Illuvium’s game design and tokenomics set it apart from other gaming finance (GameFi) competitors. But he told Cointelegraph that Illuvium is free to play for casual gamers who aren’t yet willing to stump up some cash. “It wasn’t an option to not have a free to play version,” he said.

The game combines collectibility and built in rarity. Warwick said each in-game character NFT, called an Illuvial, is unique and the supply is deflationary. One method to deflate the supply is that to level up an Illuvial requires burning three others.

Each Illuvial also comes in a set that only remains available for six months. Warwick said, “Every six months we produce a new set and you can never collect those Illuvials ever again.”

“So people can play for free as much as they want. Using the tier zero Illuvials and shards. But if they want to explore further with higher level characters is when they start paying.”

Illuvium will have its work cut out to gain traction in the current conditions with the NFT gaming industry seeing a troubling 82% drop off in daily sales volume. Daily volume hit $70.3 million on Jan 1, 2022, but clocked in at just $13.7 million on June 6 according to decentralized app (Dapp) tracker DappRadar.

Flare and Uppercent collaborate to create an e-learning NFT marketplace