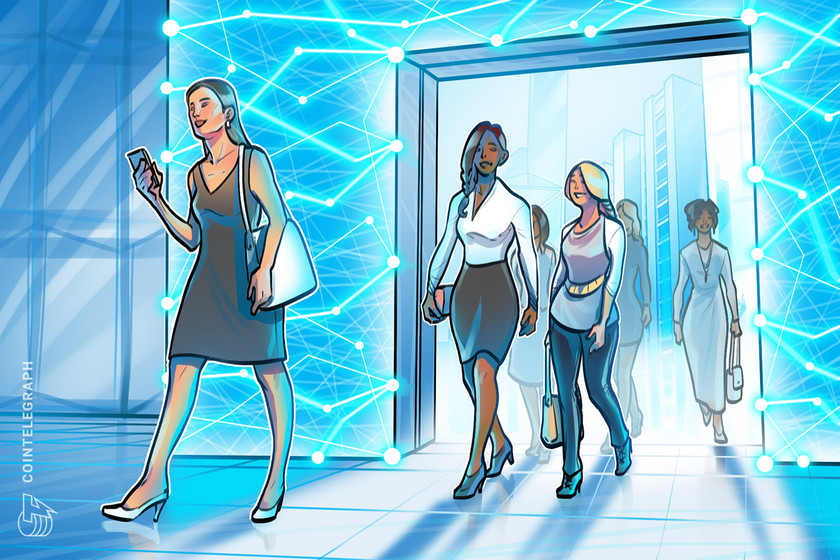 Saro McKenna, co-founder of nonfungible token (NFT) game Alien Worlds and CEO of blockchain consulting firm Dacoco, shared her perspectives and personal experiences on inclusivity within the blockchain industry in an interview with Cointelegraph.

Having experienced other male-dominated industries, McKenna believes communities within the blockchain industry are “extremely diverse.” She explained that the people working in blockchain are from various backgrounds, and because of this, they offer “unique perspectives and interests.”

She also noted that the remote opportunities available in the space give women who are the primary caretakers of children the opportunity to push their careers forward. She explained:

“Given women still tend to be the primary caretakers when they have children, this added flexibility means their careers might not take the hit to seniority that women’s careers sometimes suffer after they take time out to have children.”

McKenna also said that the space empowers skilled workers who are not as confident or extroverted. According to her, most blockchain projects place more emphasis on skills and merit, resulting in the opportunity for those who are shy or introverted to “have their work speak for them.”

“Because so much emphasis is placed on skills and merit in the blockchain space, I actually think that the barriers to entry are lower,” she said. However, there’s still the challenge of “mustering the courage to throw yourself in.” Despite this, McKenna encouraged people, saying the space is “super welcoming.”

When asked about her thoughts on the Metaverse, McKenna said she believes the community should double down on efforts to make it a safe space for women and children. Despite its physical safety, the Metaverse has its share of risks. She said:

McKenna also expressed her belief that innovation should still focus on “what really matters,” which is the people.

Related: Sculptor aims to use the Fearless Girl statue to empower women in crypto

Meanwhile, billionaire Bitcoin (BTC) investor Tim Draper recently said that women may drive up the price of BTC in the next bull run. In a podcast, the billionaire expressed his thoughts on how the acceptance of BTC as a payment method may push adoption among women.