Bitcoin started a fresh increase from the $28,500 support zone against the US Dollar. BTC must clear $30,600 to move further into a positive zone.

Bitcoin price found support near the $28,500 zone after a steady decline. A base was formed near $28,600 and started a fresh increase.

There is also a major bearish trend line forming with resistance near $30,400 on the hourly chart of the BTC/USD pair. A high is formed near $30,721 and the price is now consolidating gains. 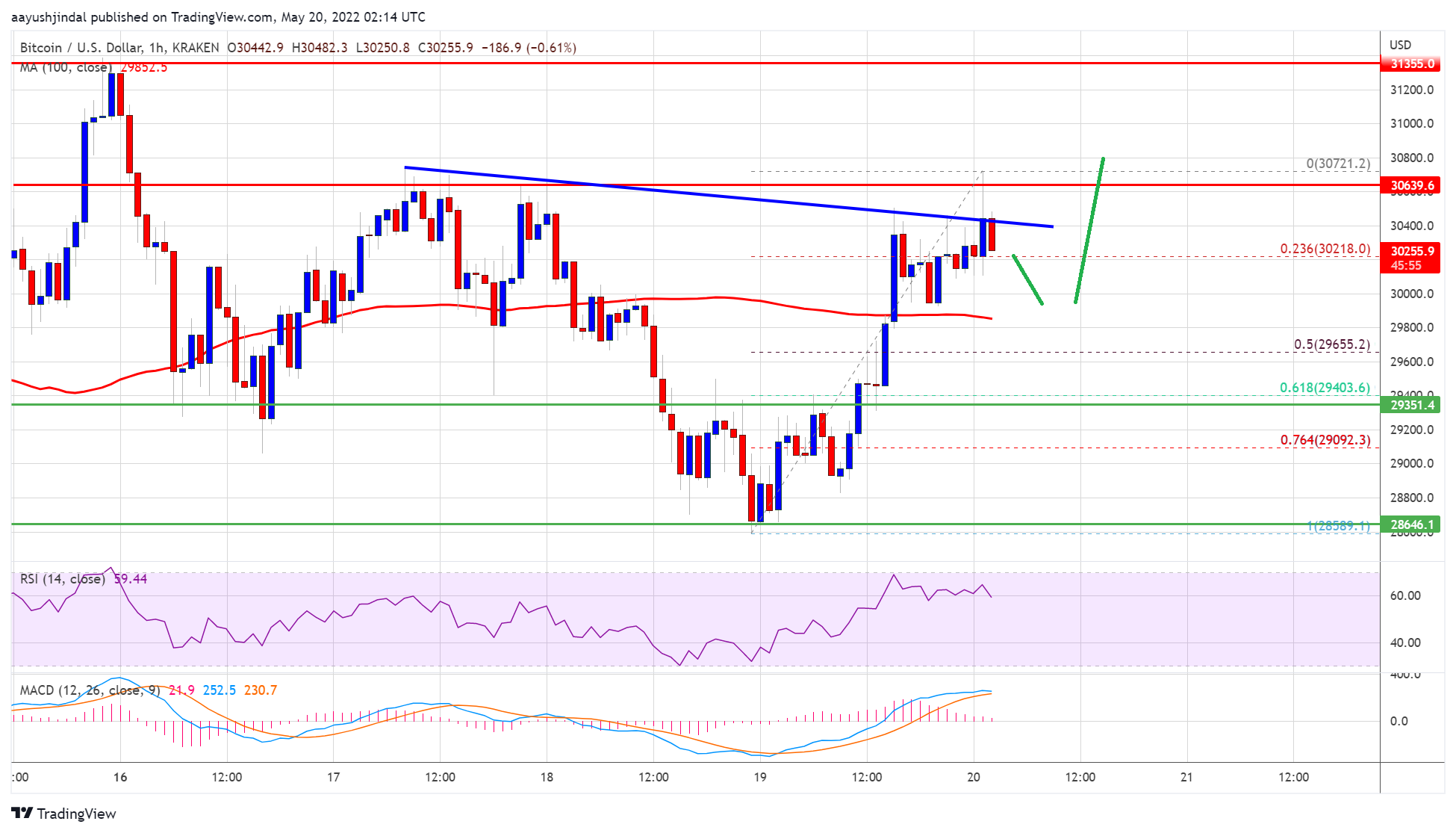 A clear move above the $30,400 and $30,600 resistance levels might start a fresh increase in the near term. The next key resistance could be near the $31,500 level, above which the price might gain bullish momentum.

If bitcoin fails to gain pace above the $30,600 resistance zone, it could start a fresh decline. An immediate support on the downside is near the $30,000 level. The first major support is near the $29,800 level and the 100 hourly SMA.

Hourly MACD – The MACD is now slowly losing pace in the bullish zone.

Hourly RSI (Relative Strength Index) – The RSI for BTC/USD is now above the 50 level.